A light-emitting diode (LED) is a two-lead semiconductor light source. It is a basic pn-junction diode, which emits light when activated. When a fitting voltage is applied to the leads, electrons are able to recombine with electron holes within the device, releasing energy in the form of photons. This effect is called electroluminescence, and the colour of the light (corresponding to the energy of the photon) is determined by the energy band gap of the semiconductor. Early LEDs were often used as indicator lamps for electronic devices, replacing small incandescent bulbs. 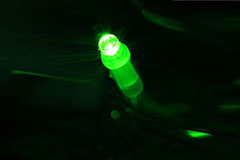 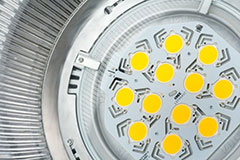 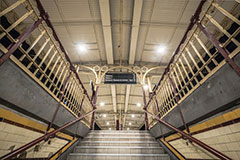 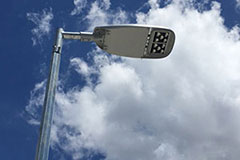 Commercially, LED technology has all but replaced high intensity discharge (HID) fixtures as the lighting method of choice for modern organisations worldwide. LEDs enjoy a longer lifetime, are more robust and can be switched on and off instantly. Developments in colour rendering technology means light from LEDs can effectively recreate an objects colour, while advanced optics allow light to be directed where required more effectively. They also generate much less heat than HID lamps.

Our partners & suppliers include some of the world’s leading lighting manufacturers. Cree have been at the forefront of LED technology for over 25 years and continue to introduce new and exciting innovation through research and development, while PRACHT uses precision German engineering to create robust luminaires suited for extreme conditions and temperatures. Our relationships with companies like these are the reason why we specialise in architectural, commercial and industrial lighting solutions designed for dozens of applications and industries.